” Beware Aussies of the Indian Leap. They do take that and when they do, your kangaroo’s are no match!!!”

“Yes, these are all demands, and these are expectations. But these are not demands for victory, nor the expectations that come from thinly veiled jealousy over how much money India’s cricketers make. Instead, this is a call to a skilful and talented bunch of individuals to do what they do best. It is a cry for the class of 2007 to reduce cricket to what it is really about – bat and ball. Only that can heal the soul of a game that’s been thrown into torment. Only that can give India the best chance of winning and, in the event that they do not, lend strength to the calls for restraint that will inevitably follow.”

-By Anand Vasu
(For complete story visit: India’s biggest battle will be in the mind)

“Sachin not a Match Winner”: A judgement 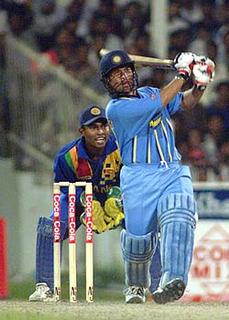 I always come up with a statement “Sachin is not a Match Winner”. And if you try to go to the depth of the statement, you will find that the people mainly complain about following issues:
1) He never sails india to victory.
2) He is never there till the end.
3) He never strikes in a crucial stage.
4) He never plays well in finals.
5) He plays only on the Batsmen Friendly Indian Pitches
6) He is not like Lara, Steve Waugh or Bevan.

Before we start looking at each issue, lets try to answer a couple of questions first:
1) Who is a Match Winner?
2) Can a single person win the matches for a country?

Ok so lets move to the first question. So is “Match Winner” the one who stays till the end? If that’s the case then Srinath and Kumble were the match winners in the 3rd match of Titan Cup played against Australia on 21st October 1996. But still the man of the match award was given to the Sachin. Because he was holding one end of the indian innings when the greats like Dravid, Ganguly and Azar were making their way to pavalion. He was sailing India home with a great victory but for a good ball which he just happened to misjudge. This was the innings that created a base for the “rare” nice flicks from the two Bangaloreans and made them to take India to a fantastic win and they get full credit for doing it with perfection.

Now lets consider a Test Match. Take the 2nd test of the Border-Gavaskar trophy played against Australia on 26-30 December 1999. The first innings of Australia saw 405 runs. Thanks to great innings by Slater, Langer, Gilchrist and even some fine knocks by Fleming and Lee down the order. India’s 1st innings score was 238 which had a fine inning of 116 from the Little Master. He was the 9th man to get out. Then Australia scored 208 runs before declaring their second innings. In the responce, India just managed to score 195 runs again having an inning of 52 from Tendulkar. But then he could not sail india to victory at last. Still the man of the match was given to him. Can we imply from this test that Sachin was not a match winner as he didn’t won the test for india? No we can’t!!!! 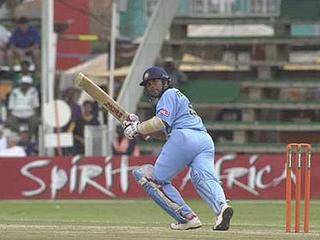 But then you again can’t say that Sachin was the match winner in the First match we discussed. No he wasn’t. On the contrary, no one can be a match winner in a team game like Cricket. You cannot neglect the support he got from Jadeja and Mongia that helped him to to take india on the verge of a win and then the nice flicks from Srinath and Kumble that sailed India to victory. You cannot forget even a small contribution of 30 odd runs in Cricket because that, with a partnership, counts big. Even in case of the test discussed, same thing would have happened if sachin would have got some support from his fellow teammates. The fault was not Sachin’s — it was just that India could not find a Fleming/Lee who could score some runs down the order in the first innings.

People may query “why are you just considering these two innings?” Or may be something like “You are getting biased”. But then I am not discussing the greatness of Sachin. I am just trying to judge the statement about match winner concept which I totally disbelieve exists. I think these facts are good enough to prove that the fist two issues can be discarded when you say he is not the match winner and very well answer the two questions we developed.

So lets move to 3rd and 4th issues. I think these don’t need to be discussed seperately as they are too similar. No situation can be more crucial than the final of a series. Here i will just like to ask one simple question. How many of these finals would india have reached but for Sachin? Does it not take some fine performances to win the matches which take us to the final? C’mon man. After all he is an human being who too has got limits. Nobody in the world can be perfect and neither is Sachin. But the mere fact that he doesn’t play in finals unlike few others (not Indians offcourse because i guess no indians play well in finals) doesn’t reduce his briliance.
Or it can again not imply/disprove that he is not a match winner.

The fifth query can be considered in two parts. 1) On Batsmen friendly pitches: Ok then i think this is a part of the game. Sachin is a batsmen and every batsmen is considered to play well on batsmen friendly pitches. But it will be wrong to say that he plays only on batsmen friendly tracks. Because he do have a few innings under his belt to disprove this statement including the ones at bulawayo and johannesburg against Zim and SA. Lets move to second part.
2)On Indian pithces: This statement will be best judged by few statistics which I will soon come up with. 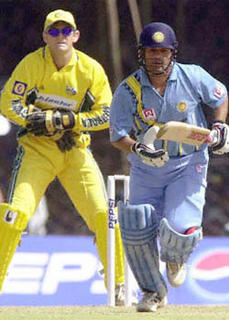 Lets move to the last and the most important comment. He is obviously not like Waugh, Lara, Inzi. He is far ahead of Waugh and Inzi and in case of Lara, I will just say its better not to judge one greats performance in the vision of the others. But I can say one thing. Sachin may not be a Steve Waugh but then he does not have a Warne, Gillespie or Lee who could win a match by hitting the last few runs after he scores a century. Lara and Waugh both had great teams to back their efforts, not just a few good players like what Sachin has. Tendulkar has shone as the lone gladiator for India.

So I think everybody should stop worrying about who is a batter match winner and enjoy the game of all the greats. One thing is for sure. Today, when Sachin goes out to bat, he has over a billion people praying for him. So, whether he is a MATCH-WINNER or not, who cares: he is a HEART-WINNER. Today’s great moments are tommorow’s sweet memories. Though Dravid might be “the great WALL of India”, if you look beyond the wall you can see a monument, an “Unconquerable Everest”, in Sachin Tendulkar.

In the end, I would just like to put a plain request to all those who debate on this topic. Just leave the man, who has given 14 years of his life to his passion, alone and don’t put him under a microscope. This will sure help you enjoy the numerous innings he had played and the numerous he is yet to play. I CONGRATS THE LITTLE MASTER for all the fine innings he has played and wish him all the best for his remaining carrier. So bowlers beware. SACHIN AALA RE!!!! 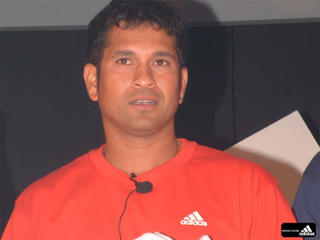